May  --   Between Then and Now nominated for Best New-Classical Album of the Year in the 2018 ZMR Awards.

October   --  Between Then and Now released and for sale on Apple iTunes and Apple Music, Amazon, CD Baby, and this website.  Also streaming on Pandora, Spotiify and Jango

January-July   --   Recording dates for Between Then and Now.

October  --   Of Time and Place: Passages for Piano is officially in the running  for Best New Age Album and Best Instrumental Composition for the song "A Kiss in Winter" in the 58th GRAMMY Awards.

March  --  Of Time and Place: Passages for Piano makes it to second round of One World Music 2014 Music Awards in the Best Solo Piano Album category.

February  --  Of Time and Place: Passages for Piano remains in Top 40 of the Airwaves Top 100 for three months .

January  --   Of Time and Place: Passages for Piano in the running for 2015 ZMR Music Awards in the Solo Piano category.

November   --  Of Time and Place: Passages for Piano debuts at # 17 on Airwaves Top 100 chart for radio airplay for the month of October.

October   --  Of Time and Place: Passages for Piano released on October 1, 2014 and is available on iTunes, Amazon.com and CDBaby.

May   --  Work on Nick's new recording of original piano compositions, Of Time and Place: Passages for  Piano, nears completion.  Scheduled release is October 2014.

September   --  "And So It Is" from the album The Ever Present Now makes its 37th appearance on the iTunes Top 100 New Age Chart.

February  --  Nick begins work on compositions for new recording slated for release in 2014.

October   --  A View from Within is officially in the running  for Best New Age Album and Best Instrumental Composition for the song "Concerto Americana" in the 55th GRAMMY Awards.

A View from Within debuts at the #10 position on the ZMR Top 100 Airwaves Chart.

August  --  Nick's new recording A View from Within is released and available for sale on this website as well as iTunes, Amazon.com and CDBaby.

May  --  Nick's new recording is in final production stages and is scheduled for release in Summer 2012.

December  --  Sheet music for "And So It Is" available for purchase and download on the "Purchase Music" page of the Nick Farr website.  More downloads to follow.

March  --  "Sara's Song" from the album Fahrenheit breaks into the iTunes Top 100 Chart in Norway.

February  --  The Ever Present Now is in the running for three ZMR Music Awards in the categories of Best Album, Best Contemporary Album and Best Cover.

January  --  Nick and his music are featured on the NPR program "Your Day".

Feature article published in Be Magazine highlighting the success of The Ever Present Now.

September  --  The Ever Present Now is officially up for nomination for the 52nd GRAMMY Awards in New Age. Many thanks to the Academy, the fans and the voters.

February  --  The Ever Present Now remains in heavy rotation as it charts in at #2 on the NAR Top 100.

January  --  The Ever Present Now soars to the top with a #1 position on the NAR Top 100 Airwaves Chart.

November  --  The Ever Present Now pre-released and available at CDBaby.com, ITunes.com, Amazon.com and Target.com.

May  --  Studio work begins on Nick's new recording and is scheduled for release Fall 2008.

October  --  Keep Moving nominated for the NAR Lifestyle Music Awards to be held in January 2005.

September  --  Keep Moving holds its place in the Top 100 and is reviewed by NAR’s RJ Lannan.  Click to read review.

December  --  Keep Moving  released on Riverboy Records and available through iTunes.com and cdbaby.com.

May  --  Farther gets reviewed by NAV’s First Spins.  Click to read review

Farther appears on KTEP,  Album of the Year list 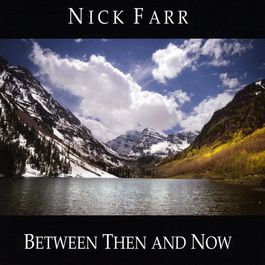 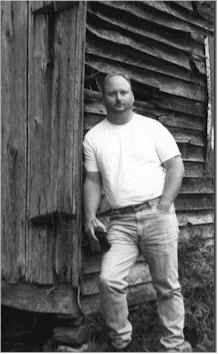